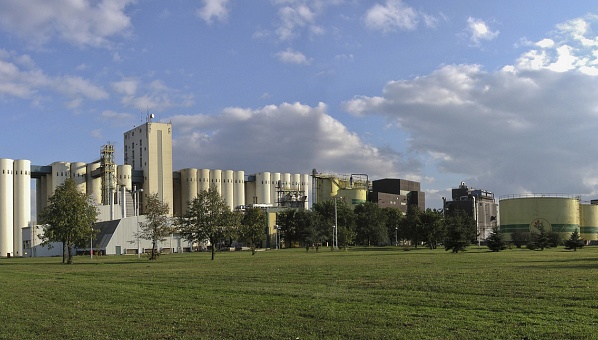 SOJAPROTEIN is one of the biggest and most important NON GMO soy processing plants in Europe, with by far the biggest variety and quality of products, and annual capacity of 250.000 tonnes. At the same time, the company is one of the very few, processing exclusively genetically non-modified soy bean, of strictly controlled origin and quality, providing an added value to the whole range of products.

SOJAPROTEIN exports its products for food and animal feed to over 60 countries around the world. The biggest share of export ends up in EU, followed by CEFTA, North and South America, Middle and Far East, Russia and former Soviet countries, former Yugoslavian countries, Australia and Africa. The growing export tendency, currently reaching over 60% of total sales, has also been helped by implementing numerous international quality standards, along with IP NON-GMO and Danube Soy program.

Since becoming a member of VICTORIA GROUP in 2002, SOJAPROTEIN has been making continuous growth in business, making a good example of successful privatization model in Serbian economy. The production capacity has been doubled, thanks to considerable investments, with products of higher phase of processing, making no less than 70% of the total structure.

Information for shareholders and investors