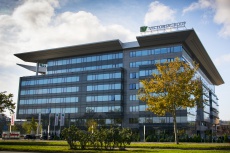 Research carried out by the Business Info Group on the largest and most profitable companies in Serbia between 2008 and 2015 focused particularly on export and company performance by sector. The processing industry is the second most common sector after the commercial sector, and it generates nearly a quarter of the total business income within the group of 100 best ranked companies. The largest domestic exporters also operate in this sector, among which the food processing industry stands out because of its net effect and positive influence on the country’s balance of trade and balance of payments.

According to the research results for 2015 based on the data provided by the Customs Administration, Victoria Group is the third largest net exporter in Serbia with its companies Sojaprotein and Victoriaoil, and it is ranked first in the food processing sector. Last year, the net export of these two Group members alone was EUR 120 million.

“Victoria Group has been one of the largest exporters and net exporters in Serbia for years. We process domestic soybeans and sunflower into products of higher processing phases which we place on both the domestic and the foreign markets. We export to more than 50 countries all over the world, the European Union being our central export market, while the import of our company is minimal. Our products are recognized worldwide for their quality, which is monitored from the field to the final product. Amidst strong global competition we are also focused on achieving and maintaining price competitiveness, which is a constant challenge due to the volatility of the global market for agricultural products”, said Vladimir Čupić, Executive Director and Chief Financial Officer of Victoria Group.

According to Prof. Zoran Jeremić, PhD, the author of the research, economic growth can only be achieved through export-oriented production. “It is crucial to identify the areas in which Serbia has comparative advantages in the export and industry strategy, and it is important for the structure to be dominated by products with a higher added value. From the export standpoint, the processing of agricultural products is particularly important here and it has an advantage compared to some other sectors. In contrast to some other industries which are largely based on import, the role of import is relatively small here, and thus the processors are usually large net exporters as well. Additionally, large added value can be achieved in this segment, which is minimal for some industrial exporters”, said Jeremić.