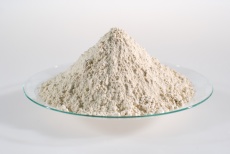 Functional Mixtures for the Food Industry

SOPROMIX functional mixtures are produced by the homogeneous mixing of components, wherein the predominant components are soybean protein products. The other ingredients are natural emulsifying, stabilising and thickening agents (soybean lecithin and hydro colloids). Mixtures are formulated to provide exceptional functionality in addition to the high nutritional value. Therefore, they are exceptionally economical alternative for soybean isolates and functional concentrates in various meat products. SOPROMIX functional mixtures have very mild and pleasant flavour and a neutral odour. They disperse rapidly in water and have an exceptional capacity for water and fat emuslification, binding and emulsification. In isolated fat and water systems, SOPROMIX Mixtures form thermally stable, homogeneous and strong emulsions under pasteurising temperatures (90 minutes, 80°C) and sterilising conditions (30 minutes, 120°C) if the following ratio is applied:
SOPROMIX-1 fat : water = 1 : 13: 13
SOPROMIX-2 : fat : water = 1 : 13 : 13
SOPROMIX-HE : fat : water = 1 : 16 : 16

SOPROMIX functional mixtures can be added in a dry form or they can be pre-hydrated. The application method depends on the existing equipment, production capacity, type of product and the production procedure. For its use in a pre-hydrated condition, it is pre-hydrated in the cutter by the addition of five to seven times as much water. There is no need to alter the content or the production procedure. SOPROMIX-1 is recommended as a substitute for soybean isolates (in the ratio 1 : 1 in the production of various types of sausages. SOPROMIX-2 is a good substitute for soybean concentrates in the ratio of 1 : 1, and particularly useful for the production of various pates. SOPROMIX-HE is especially recommended as a means for meat hydration, where it replaces the soybean isolates in the ratio of 1 : 1. SOPROMIX 1 and SOPROMIX HE can be used in the production of pork scratchings suspension, usually in quantities of 1 - 4 % of the suspension quantity prepared, and for the production (hot process) of a thermally stable fat emulsion in the following ratio: emulsifying agent: fat : water = 1 : 5 : 5 or 1 : 8 : 8. SOPROMIX is used in the hydration procedure in the following manner: to perform hydration in mixing and tumbling machines, it is necessary to first prepare the suspension in the ratio: SOPROMIX : water = 1 : 5, using a part of the prepared curing brine. If a combined curing procedure (injection + tumbling) is used, SOPROMIX is not added to the brine intended for injection (in order to avoid clogging the nozzles of the injector); however, these mixtures are added to the brine that is intended for tumbling. First, the suspension is prepared in the ratio of 1 : 5 in the cutter or in the brine preparation device in order to avoid lumping and the remaining part of the brine is gradually added later.